The South African Education Law Association was established in 1996 with the aim of contributing to the field of education law, and translating education law into education praxis in South Africa. The association is a non-profit organization and managed by an executive committee.

SAELA aims at adding value to South African education law matters through lively discussions, intense debates, legal panels, international partnerships and annual conferences.  The purpose of SAELA is in the interest of freedom, equity and quality in education in South Africa, to -

(a) make an effective contribution to policy, including the promotion of human rights in education; and

(b) to further knowledge and understanding in Education Law among stakeholders.

In order to pursue this purpose SAELA aims at:

After the formation of a steering committee in October 1995 with Prof Johan Beckmann as leader of the committee, the South African Education Law and Policy Association (SAELPA) was established formally in October 1996. The establishment took place at SAELPA’s first international conference held in Rustenburg in the Northwest Province of South Africa, and at the same time its Constitution was adopted and an executive committee was formally elected. The support and assistance of Prof Jan de Groof and the European Association for Education Law (ELA) played an unmistakable role in the process leading up to the hosting of an international conference and the establishment of SAELPA. After some deliberation in 2006 the name of SAELPA was changed to South African Education Law Association (SAELA), during the Annual General Meeting held at Port Alfred.

In its first 20 years of existence, SAELA had 8 chairpersons namely:

SAELA has a Constitution that was presented and adopted at Rustenburg, Northwest Province, South Africa, in 1996. 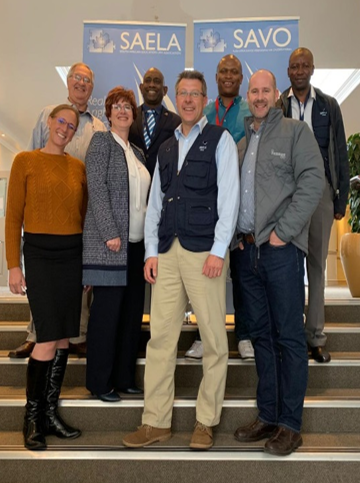 On 3 September 2019 during the annual general meeting, the executive committee for the next three year term was elected.